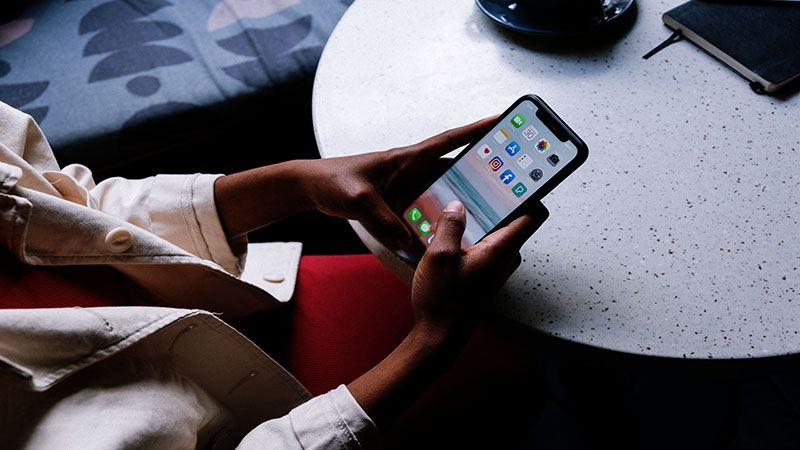 How many social networks do you have and use? We cannot deny that these types of platforms have been established in our lives, and that they have come to stay. There are for all tastes. To share photos, to find inspiration, to learn, to watch short videos, to read the news, to find a partner and really for everything you can imagine.

Over the years, some of these platforms that were popular at the beginning have disappeared, leaving room for others that are the boom in 2022. And although downloading and installing them on your mobile is very simple (and free), there are some that have more than one secret and trick that we want to tell you.

Do you want to know if you are up to date in terms of social media applications? Know which are the most used this year, do not stay behind and start using them.

The best social media apps for your smartphone

Do you already know what the fashionable social media applications are for? Know all the details of the best ones and get the most out of them by downloading them to your mobile.

Instagram is one of the most popular social networks today, in which the operation is very simple. It’s about sharing photos and videos of short duration. But the entire Instagram universe goes much further, as it has become a great marketing tool for influencers and companies of all sizes.

Its growth is unstoppable, and since stories were included in 2016 (photos or videos that are available only 24 hours), it has managed to become one of the most used social platforms worldwide . There are even businesses that use Instagram as their base tool. You can also take your Instagram account to another level using the best apps for this social network!

Facebook is a fascinating social network that managed to change the world as we knew it. Although it was not the first (officially speaking), in 2004 it managed to leave the Harvard campus to become the empire we know today. The story of its beginnings is so well known and popular that it has even been brought to the big screen.

Facebook is one of the social media apps with which it is possible to perform numerous actions. From sharing photos, thoughts, news, or any information that is of interest. You can even find third-party Facebook apps that help you share your info better! And although it was one of the first, in 2021 it is still one of the social platforms with the most users worldwide.

Continuing with the social network applications, another one that has the most users and that has caused a furor around the world (for better and for worse), is Twitter. We say the wrong thing, because due to it many controversies have been created , which have made a dent in the reputation, and even business, of more than one person.

In a very simplified way, Twitter is a social network in which short messages with a maximum of 280 characters are shared (in its beginnings there were 140). These small texts are used to give an opinion on a topic, to comment on news. Many companies, institutions or public figures also use Twitter as a tool to offer information to their followers.

In many households YouTube has replaced the classic televisions (and even streaming platforms like Netflix). On YouTube, which is used both in its web version or as a social network app, more than 400 hours of video are uploaded per minute , so it is undeniable that you can always find something of your interest to watch.

In addition, this platform has created another phenomenon, YouTubers , ordinary people, like you and me, who can earn thousands of euros per month, thanks to advertising and collaborations, uploading videos to YouTube. So much so, that in some surveys of school-age boys and girls, being a YouTuber is one of the professions they would most like to have in the future.

Tik Tok, the social network that sweeps in 2022

If there is a social network application that has grown unstoppably around the world during the forties, it has been Tik Tok. This app of Chinese origin allows you to share short music videos with your followers. One of the reasons for this increase in downloads and use is that it is very easy to edit the videos, with all kinds of filters, background music, or whatever comes to mind.

And although as we tell you, during confinement it has had many discharges from people of different ages, it is especially popular among teenagers. And although it does not happen only with this platform, it is important to pay attention to the use that minors make of these tools.

Although Snapchat is not the mobile messaging application with the most users, it is still very popular and we like to highlight it because it is something different from the others . It is an ephemeral message application , since after a few minutes (time decided by each user), the messages disappear, even from the Snapchat server!

You can send texts or audios, but it is especially popular for sending images . This is due to the number of filters that can be used thanks to the artificial intelligence of the app. An interesting option if you want to share your daily moments and that there is no record of any kind

Pinterest is a social networking application that is used to post photos, cataloged with different themes, of content that is interesting to you . And although that is the main function, today Pinterest has become one of the first tools used to take inspiration , both for personal and professional fields.

Although its uses can be diverse, and depend on each person, it is very common to use it to find examples of decoration or interior design . Another way in which it is also widely used, is as a platform and app to make crafts or decorate your house with DIY methods .

Also, if you have an SME or a personal project, or you just want to show the world your art, it is a great window to use Pinterest as a marketing tool , keep that in mind.

As we said at the beginning, there are social media applications for all tastes and for all needs. In this case, if you are looking for a job in a company, or as a freelance , LinkedIn is your best option. With it, you can access and contact companies that interest you, or also potential clients. And in the same way, they can contact you.

If you are actively looking for a job, it is important that the information you provide is up-to-date , and that it is oriented and corresponds to the job you are looking for. You can also participate in the discussions, and create articles (using the platform’s blog) to show your experience. And if you don’t want to be left with just one option, take a look at these other apps to find a job .

Reddit: the online forum to find everything you want

Reddit is much more than a social platform, and it can be classified as an online forum, with different sub-forums, managed by the users themselves . You can vote for or against the content you see, and the topics with the most votes become part of the most prominent, thus obtaining more visibility.

Although most of Reddit is in English, in recent months this platform has been gaining strength in the Spanish-speaking world, and more and more people are using it in Spain . The way to use it can be whatever you want, from to see doggy content, or to be a reliable source to keep you informed with the latest news . Learn more apps to stay up to date with the news !

What is a social network?

What a great question, don’t you think? We use these platforms on a daily basis, but defining what exactly they are can be difficult . This does not have to worry you, because we are going to clear up all your doubts.

For a social network to be considered as such, the adjective “social” must be part of the definition . This would not be possible without people. These types of platforms are nothing more than a group of people who know each other (physically or virtually), and who have something in common, such as a professional relationship, who like plants, who share friendships, etc. .

And within these groups different types of information are shared , which may be news, photos, videos or opinions among others. Although the concept of the social network has become popular in recent years due to the rise of the Internet, we must not forget that it is nothing new, and that part of the human essence is the ties that we have created throughout the history of humanity.

Social networks and social media have taken personal relationships to another level . This has made communication between people from different countries easier, and has opened numerous borders making human contact much wider.

For what are the social network good for? An unstoppable influence

We cannot deny all the evolution (and revolution) in a negative way that the massive use of the Internet and social networks has caused. This can be, for example, the vulnerability regarding our privacy. But even so, using these social media applications responsibly, they can be useful for many areas of our lives.

Among the positive things we can mention hundreds, but we are going to stay with those that we consider most relevant. On the one hand, we manage to keep in touch with our loved ones even though they are far away, or meet new people similar to our tastes and even find a partner.

On the other hand, they can also be used to keep us up to date with the most relevant news that is happening locally or globally. Or share our opinion and create debates that encourage critical thinking . They can be used to learn about different topics and to give you a nudge to stimulate our creativity.

And if we go to the professional field, it is possible to find work, offer our services independently, or have options for the sale or rental of different items.

In short, social media applications have more advantages than disadvantages . The important thing is to use those that are useful for our needs , and always in a responsible way that are beneficial for yourself and for those around you.