Last Friday, Apple put its battery of new products on sale in Chile, including the seventh generation iPad, which is currently the most economical version of this tablet (at least those available in official stores).

Now, thanks to this, we have the iPad Mini, the seventh generation iPad, iPad Air and the iPad Pro in two ports. All compatible with the Apple Pencil (the Pro use the new one) and all, except the mini, have the option of having a Smart Keyboard.

On the latter, the keyboard of the old 10.5-inch iPad Pro, which also works with the iPad Air, works with it, which is excellent news because it does not mean an accessory that must be purchased again or something.

Now, with this 10.2-inch screen but on the body of the 9.7 iPad, it shows that the edges were eliminated a little, which is not bad at all. The processor is the A10 Fusion, the same one that was launched with the iPhone 7.

If you have used an iPad released in the last 3 years, you will not find anything very new in the design section, but the existence of the pins on the side for the Smart Keyboard, together with the compatibility with the Apple Pencil changes the whole game. Today, this economic option is what we used to get with the last name Pro, at least in the main functions.

The best thing is

The best thing iPad has today is its operating system, iPadOS, which changes everything since although anyone who wants to continue using it as before, may, those who need something more advanced, such as a browser that delivers the experience Full web, a consistent and easy-to-use file system, along with compatibility with external accessories, means that today many can replace their laptop with this type of equipment.

Given the above, without doing much, Apple manages to position the iPad again as the best tablet that exists under my point of view, being years of what is being done with Android. This is unfortunate because more competition is beneficial for us users. But as long as the scenario continues, I have no problem recommending this equipment to many people, where probably with this smaller and lighter form factor, they can finally fulfill the dream of completely abandoning the computer. 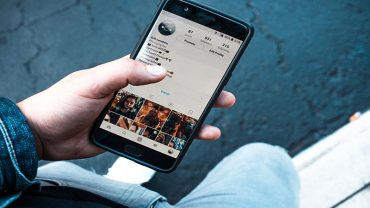